Illinois consistently ranks as a leading states for reported injuries caused by dog bites. In 2018, there were over 800 reported claims for injuries from dog attacks (and $29.2 million reportedly paid by insurers) to people who were injured in these attacks.
The Judson Graham Firm is regularly contacted by victims of dog attacks who are seeking information about their legal rights or who have questions about how to seek reimbursement for out-of-pocket expenses, such as medical bills, and compensation for the serious injuries that can result from a vicious dog attack. Included here are general details on the most common questions we see.
Thankfully, there are broad legal protections in Illinois for victims who are injured or killed by a dog (or other domesticated pet). In addition to the right to pursue a negligence claim against a dog’s owner, the Illinois Animal Control Act serves to provide additional protections. One of the expressly stated goals of this statute (law) is that it was passed with the intent to hold animal owners financially responsible for injuries caused by dog (and other animal) bites and attacks on blameless victims.

Who is Legally Responsible for a Dog Bite?

Generally, dog owners may be legally responsible for dog bites or attacks. But, there may be other individuals who can be held legally responsible, in addition to a dog’s “owner” under the definitions provided in the Animal Control Act. “Ownership” of an animal in Illinois for purposes of a claim brought under the Animal Control Act is defined as “any person having a right of property in an animal, or who keeps or harbors an animal, or who has it in his care, or acts as its custodian, or who knowingly permits a dog to remain on any premises occupied by him or her.” 510 ILCS 5/2.16.

While every case is fact-specific, the above definition of “owner” in the Animal Control Act may potentially extend liability beyond a dog’s actual “owner.” For example, since the Act extends the definition of “owner” to anyone with a dog or animal “in his care,” and to “anyone who acts as the custodian of the animal,” and to individuals who knowingly allows the animal “to remain on premises” (or property) that the person occupies, each category of individual above might be an appropriate target for a claim. There also can be legal liability for bites at dog daycares, attacks at dog shelters, or even for those who allow a dog to visit their home when a dog attacks or bites, depending on individual case circumstances. 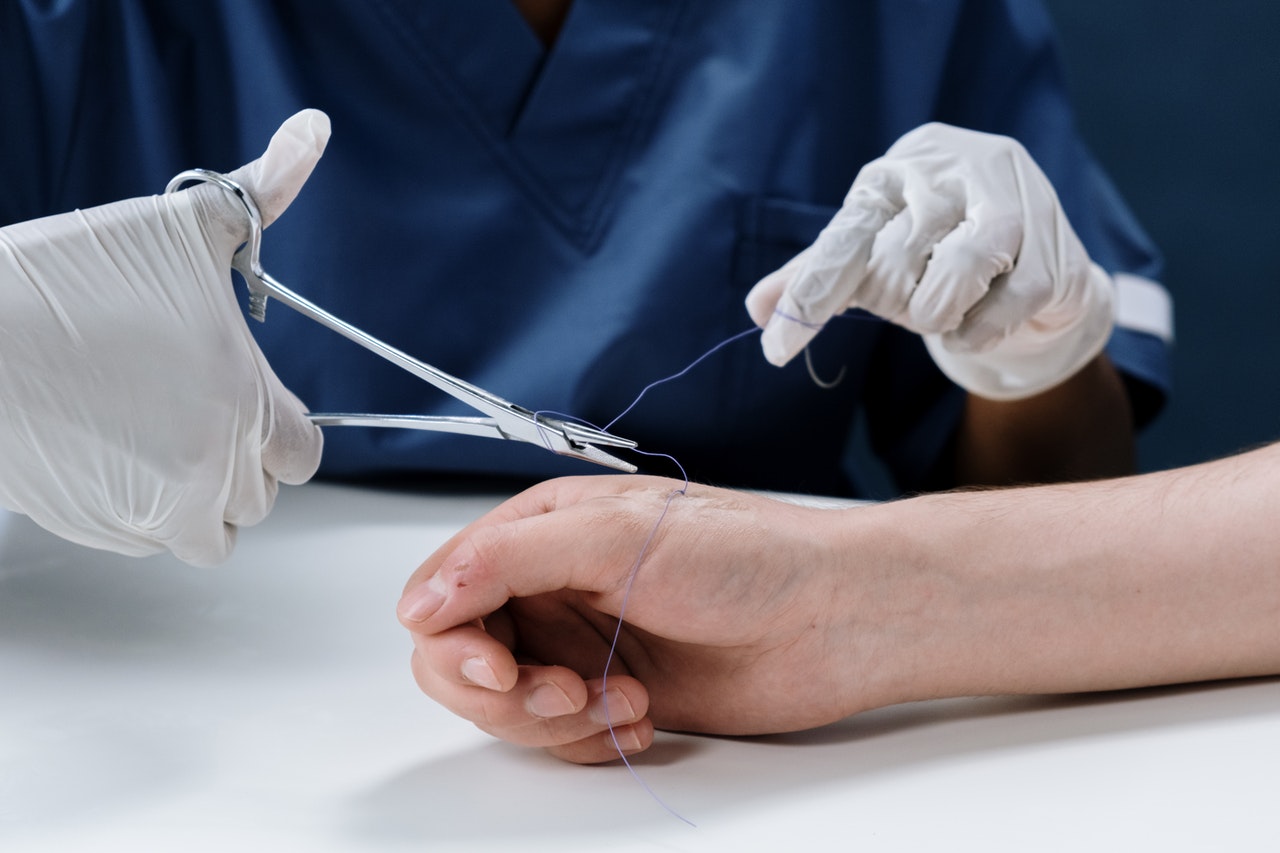 Contact the Judson Graham Firm to speak to an experienced attorney for more information regarding dog attack laws and dog bite injury cases.

The Animal Control Act states: If a dog or other animal, without provocation, attacks, attempts to attack, or injures any person who is peaceably conducting himself or herself in any place where he or she may lawfully be, the owner of such dog or other animal is liable in civil damages to such person for the full amount of the injury proximately caused thereby. 510 ILCS 5/16.

Historically, before the Animal Control Act was passed into law, a dog attack injury case required an injured person who files a lawsuit (the Plaintiff) to prove that the dog owner (or the person in control of the dog) had been negligent. Negligence claims generally require proof of “notice” or proof that the harm was foreseeable (in some respect). In cases involving dog attack, the Plaintiff in who sues and alleges negligence by a dog’s owner is often required to offer evidence/proof that a dog’s owner had notice of the dog’s “vicious propensities.” Forsyth v. Dugger, 169. Ill.App.3d 362. In a lawsuit of any type, proving what someone else had notice of can be prove challenging. And, in cases where a dog has never been vicious in the past, but then bites a victim for the first time, it can be even more difficult to prove notice that a dog had “vicious propensities.”

However, since Illinois law allows a Plaintiff, in certain instances, to allege a violation of local ordinance as proof of negligence (if the injury was suffered by someone that statute was intended to protect and where the statute was violated). As a result, in most dog bite cases, an allegation the Plaintiff’s attorney will commonly make in a lawsuit is that a dog owner is liable for the injuries caused and was negligent because there was a violation of the Animal Control Act (510 ILCS 5/1). Under the specific language of the Animal Control Act the owner of any dog or other animal can be responsible for civil damages (money damages) when a dog or animal injures a person (if the victim was “conducting himself or herself peaceably” and if that person was on property where he/she/they were legally allowed to be). There is no requirement for proving a dog owner have prior “notice” of an animal being vicious under the Animal Control Act, which makes these cases less challenging to prove than they were prior to the Animal Control Act having been enacted.

Because the Animal Control Act does not require proof that the dog owner had “notice” of the animal presented a danger, the “One Free Bite” rule, which exists in many other states, does not apply to civil cases for damages in Illinois. Stated simply, in Illinois, victims can seek and be awarded compensation and pet owners can be legally liable for damages caused by a pet, even when it is the “first attack.” 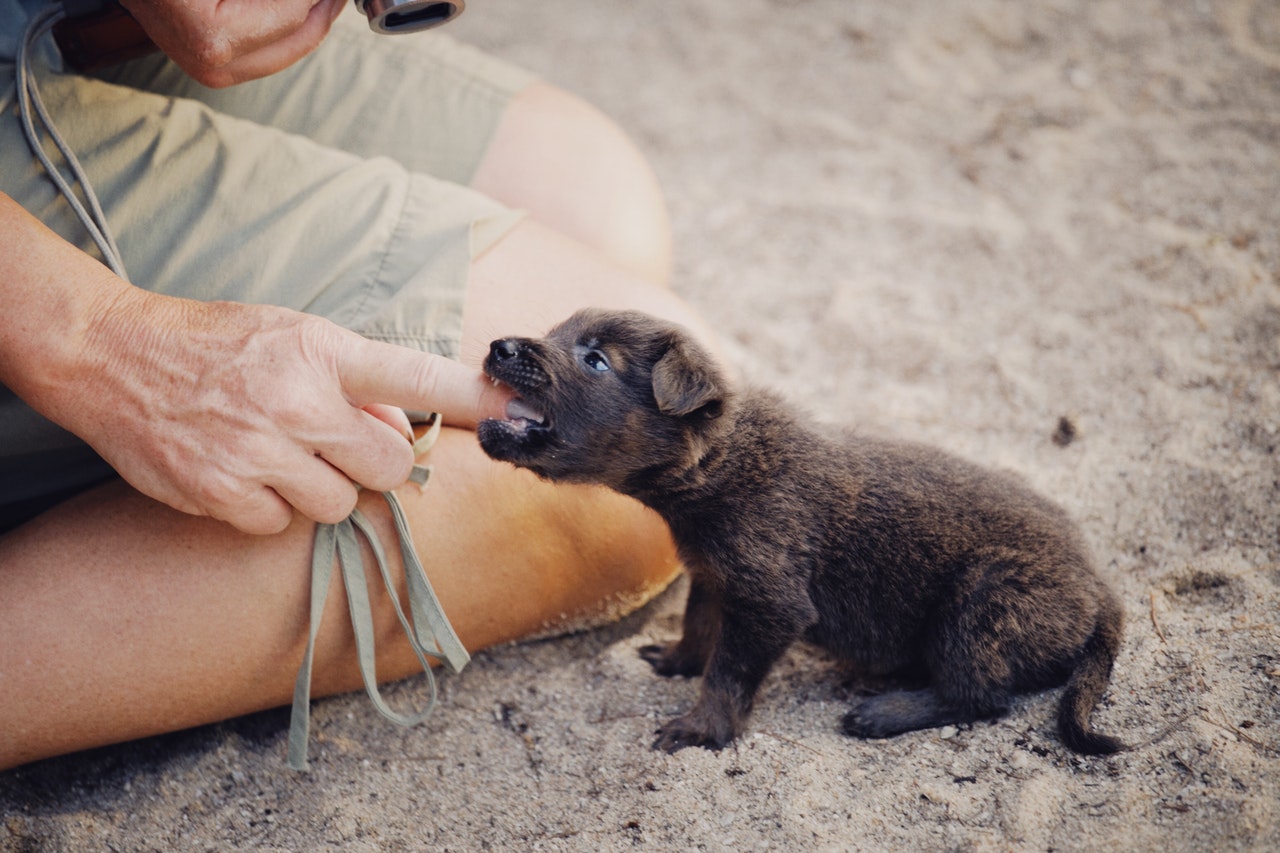 The most common injuries resulting from an animal bite include lacerations or torn skin caused by tooth puncture. Wounds like this can be deep and may cause damage to not only the skin, but also to underlying muscle tissue, nerves, veins, tendons, and ligaments. When underlying structures are damaged by the force of an animal bite, surgery to repair the harm can be necessary and permanent injuries may result. In Illinois injury victims can seek compensation for the pain that results from a dog bite, as well as for damages for any disability that results from the injury (in addition to other categories of damages).

Facial wounds from dog bites occur frequently. This may be because a person was interacting closely to the dog, face to face, or can also be because many people attempt to flee and fall, or are tackled by a dog while trying to escape attack. Animals instinctively attack the face, head, and neck, which are vulnerable areas and severe injuries to the eyes, nose, ears, mouth, and airway can occur. In Illinois, victims can seek damages for the cost of medical treatment reasonably necessary in order to treat injuries resulting from dog attacks, including the cost of any necessary operation, including cosmetic surgery in many cases.

An avulsion is an injury where skin or other tissue is severed or torn from the body. An example of an avulsion is if a dog rips an ear or finger off partially or entirely. Avulsions can cause extreme pain, bleeding, and may require surgical treatment and cause permanent cosmetic damage and may require future medical care or treatment to attempt to repair. Again, an injury victim can seek the cost of medical treatment that resulted from the injury and also seek to be awarded the cost of any likely future medical treatment that will be necessary to treat the injuries in the future.

The force of an animal’s jaw closing can be significant. Large breed of animals can easily break or even crush bones during an attack. These injuries are common when a dog attacks the elderly or the young, or when hands or feet are involved in an attack. In many hand or lower leg attack cases, an injured person will require operative repair of bones and these surgeries regularly require that hardware be implanted into the bone (such as bone screws, nails, wiring, or metal plating). While a good orthopedic surgeon can take great care to repair these types of injuries surgically, often over time arthritic changes will occur, causing future harm to the victim. Illinois allows injury victims to seek compensation for the harms likely to result to in the future as an element of damage in an injury case.

Dog bites can cause a high risk of infection. Statistics sited by the Centers for Disease Control and Prevention (CDC), state that more that 15 percent of dog bites typically will become infected.
Various bacteria found in dog’s mouths increase the odds of infection (rabies, tetanus, staph, MRSA, Pasteurella, etc.). These infections been result in horrific injuries or even death.

When dogs attack, officers will customarily write a “Bite Report,” which is then submitted to the Animal and Rabies Control office. The Animal Control office will then examine the dog and initiate an official investigation of the incident.

Generally speaking, the statute of limitations in most dog bite cases will be two years from the date of the incident. If a liability/injury claim has not been settled by that time limit or if a lawsuit has not been filed before the two-year time-limit, a personal injury lawsuit would presumably be dismissed. As long as the lawsuit has been filed prior to the two-year time-limit there is no time limit on how long the lawsuit must take to resolve. Note that there are exceptions to the Statute of Limitation time limits which might make the time-limit longer or shorter. For example, minors and disabled individuals may have extended time to file a lawsuit in certain cases. However, in cases alleging claims against municipal employees/entities, the Statute of Limitations may be shorter than two years. You should speak directly with an attorney to confirm the Statute of Limitation for any actual potential case and not rely upon the “general rule” stated above. The sooner you contact a lawyer who can advise you about your rights and the time-limits, the better prepared you will be to protect your potential interests.
If you or a family member are the victim of an injury by a dog bite, attack, knock down incident, the Judson Graham Firm has the experience to consult with you about your legal options. Our firm proudly serves to protect the rights of victims and to be an advocate to work to secure answers and compensation.
(Note: the information provided here is general and should not be considered legal advice. Keep in mind that laws change and that the information here is current as of the date of publishing)